Sleep Disorders – Which One Is Affecting You? 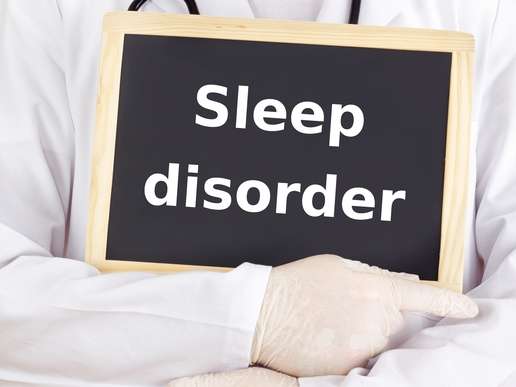 A good night’s sleep is one of the most crucial things when it comes to good health. Getting at least eight hours of sleep a night can help with numerous other aspects of your health including energy level, being able to maintain a healthy weight, and mental health. Unfortunately, millions of people in North America suffer from disorders that make getting a good night’s sleep nearly impossible.

Sleep disorders can really take a toll on your health. One of the worst things about sleep disorders is that they often go undiagnosed, so nothing is done to treat them. If you are having a difficult time getting a good night’s sleep and you are unsure as to why, you might have a sleep disorder.

Every sleep disorder is different, so in order to treat them properly, you need to figure out which one you have. The following is a list of the most common sleep disorders and their symptoms.

Sleep Apnea is considered one the of the most serious sleep disorders. There are two types of sleep apnea, obstructive which is more common and caused by blockage in the airway, and central which is caused by the brain failing to signal the muscles to breath. Sleep Apnea can occur in anyone including children. There are some factors that put you at a higher risk including being male, overweight, or over 40 years old. A person who is affected by sleep apnea will stop breathing while they are sleeping, sometimes up to 100 times during the night. This can lead to serious side effects such as heart attack and diabetes because the brain and body do not get enough oxygen.

Narcolepsy is a neurological disorder which affects the control of sleep and wakefulness. People with narcolepsy often experience uncontrollable daytime sleeping. It usually affects people between the ages of 15 to 25, however, it can happen to people of any age. The cause is unknown, but it is thought to be genetic. The symptoms can range from excessive daytime sleeping to hallucinations to sleep paralysis.

Insomnia is classified as difficulty falling or staying asleep. Symptoms can include difficulty falling asleep, waking up too early, feeling tired after sleeping, and frequently waking during the night. Causes can range from stress to illness and physical discomfort.

45 percent of normal adults are affected by snoring. Although there are many different over the counter treatments available for this sleep disorder, it is recommended that you see your doctor before choosing these to treat your snoring so that you can rule out more serious problems or sleep disorders that snoring can be a symptom for.

Night Sweats refers to excessive sweating while you sleep. The primary symptom that you will experience if you suffer from this sleep disorder will be waking up with your pajamas and sheets drenched in sleep. Causes can vary from menopause to some cancers including lymphoma.

Sleepwalking is a sleep disorder which causes people to get up and walk around while sleeping. It can be caused by anything from genetics to medical conditions. It can vary greatly in severity from quietly walking around the room to running as if trying to “escape.” In rare cases, people have reportedly left their homes while sleepwalking.

A person who is sleepwalking will generally be unresponsive when you try to talk to them, and their eyes are usually opened and glassy looking. If sleepwalking is occurring to the point that you are doing it regularly or hurting yourself while sleepwalking, you should consult your doctor so that methods of treatment can be discussed.

Bedwetting is a sleep disorder that most commonly occurs in children but can also effect adults. The symptom that those who suffer from bedwetting experience is that they are unable to make it through a night without urinating in bed. Usually, it is not serious, but if it is not outgrown, medical attention may need to be sought.

Kleine-Levin Syndrome is one of the rarest sleep disorders in existence. The causes of it are unknown. Those who suffer from this syndrome can suffer from symptoms such as excessive sleep, excessive food intake, and excessive sex drive. It generally affects adolescent males and hits in cycles. Someone suffering from this condition can go weeks or months without symptoms before it hits again. Symptoms include irritability, lack of energy, and lack of emotion.

Jet Lag is temporary exhaustion caused by traveling from one time zone to another. It temporarily affects sleep pattern, and can cause extreme exhaustion while the body adjusts to the new time zone. Jet lag generally lasts for 1 to 2 days upon arriving in a new destination and there are some tips that can be followed to reduce the negative effects of this sleep disorder.

Hypersomnia is a sleep disorder which results in excessive sleepiness. Someone who is affected by this sleep disorder can fall asleep anywhere, including at work or while driving. It can be caused by other sleep disorders such as sleep deprivation, genetics, or being overweight or obese.

This is a condition which causes uncontrollable arm and leg movement while sleeping. Causes of this periodic limb movement disorder ranges from other sleep disorders to thyroid condition. Although this condition in itself is not serious or harmful, you should see your doctor if it is a regular occurrence so that more severe causes can be ruled out.

Problem sleepiness results in being sleepy too often or sleeping too much. It can have a major effect on your relationships and ability to hold down a job. It can be caused by depression or other sleep disorders. It has been linked to a host of other serious medical conditions including diabetes and heart disease. Therefore, if you have noticed these symptoms in yourself, it is important that you see your doctor about them so that you can determine what is causing it and figure out a method of treatment.

Sleep paralysis occurs when a person is between sleep and waking and cannot move or speak. It may also be accompanied by hallucinations. While this sleep disorder can be frightening, it is not considered a serious medical condition and will not cause any dangerous problems.

If you are unable to get a good night’s sleep and you think that a sleep disorder is behind it, it is important to your overall health that you seek treatment. Disrupted sleep can cause a variety of health issues from obesity to anxiety and depression, so it is important that you find a solution as soon as possible. Some sleep disorders can be treated using coping mechanisms and at home remedies, while some need further medical attention. Therefore, it is crucial that you determine which sleeping disorder you are suffering from.

Hi there, I am Phil. I have created this website to help people enjoy better sleep and lead a more productive life.